Hi Brutal-- we haven't started closed testing or Beta yet, so if you're interested in early closed testing of the game, PM me (just click my name and then "Message") with your device type and I'll put you on the invitation list!

Re: A Graphic For Martial/Magic/Mystic

Personally I like this one the best. Its clean and too the point, and the arrows I think fit the theme better. 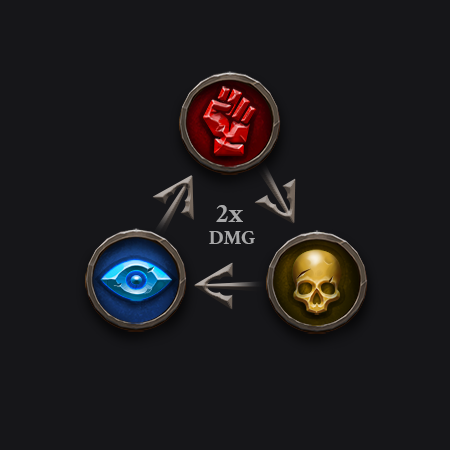 Re: Your followers role over time?

These minions/followers do you biding while you are not active in the game. They will undergo a task and collect exp, gold and loot.

The wiz could give you a better run down but that is the gist of it.

Re: Will there be auto play?

That's good food for thought-- and I don't have an answer for you yet, but I can tell you what we're thinking about-- for PvE, we're working out how much content there will be, how the progression goes and difficulty. Whether or not some of it will be auto-playable or not remains to be seen.

On the PVP side, we have live matches and we have a feature we're calling "Spar." With Spar, you choose a real character from a real player, but you play them as a bot. Right now, it's just practice, but we're considering whether to give the bot player some kind of reward or something for his character's "use." (obviously there will be no downside...)

Re: Will there be auto play?

Can I vote no?

waiting this good game, and ready to start testing -> helps searching bugs and other..

Re: Can I get in the game please

How do i get game installation file

Hi, @MrMovex! We're hoping to ship the game this year, but timing will be predicated on our closed testing (starting soon) and our beta period. We want the game to be the best it can be, so it should be out before 2020, but I don't have solid dates for you yet.

Exiles of Embermark - An Introduction 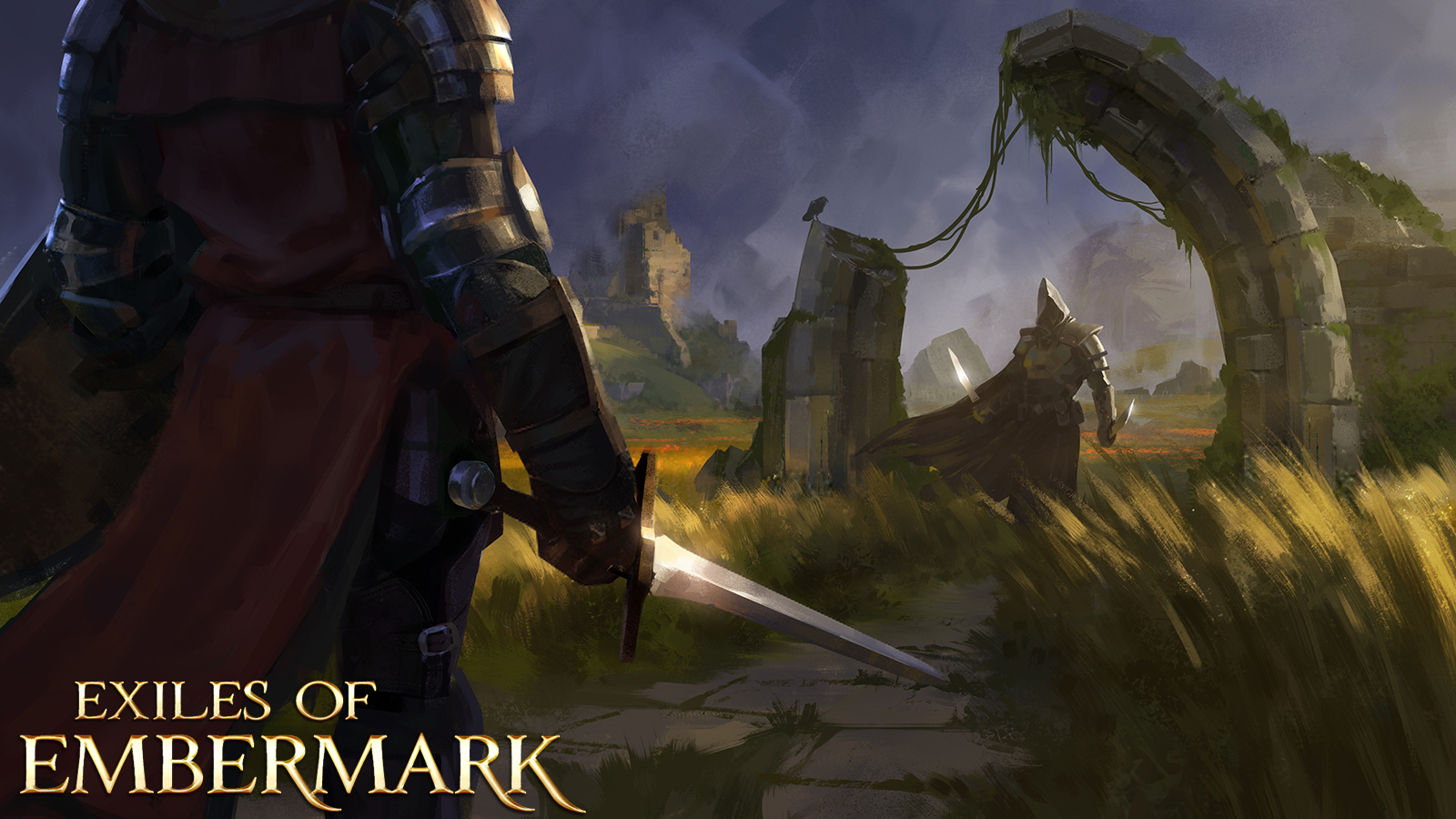 Exiles of Embermark is a mobile combat RPG coming in 2017.

In a castoff continent, emerging Houses vie for influence over land & resources through a combination of cunning & the might of their Marked. These skilled heroes engage in duels with each other to tip the balance of power & further their House agenda. Players become these heroes & develop mind, body and magic to bring glory (and phat lewt) to their Houses.Register here to gain access to all the community discussion and receive an early invitation to play the game! And get the latest art, screens, stories and game development updates on the EoE blog. For updates on Twitter, follow @exilesgame. 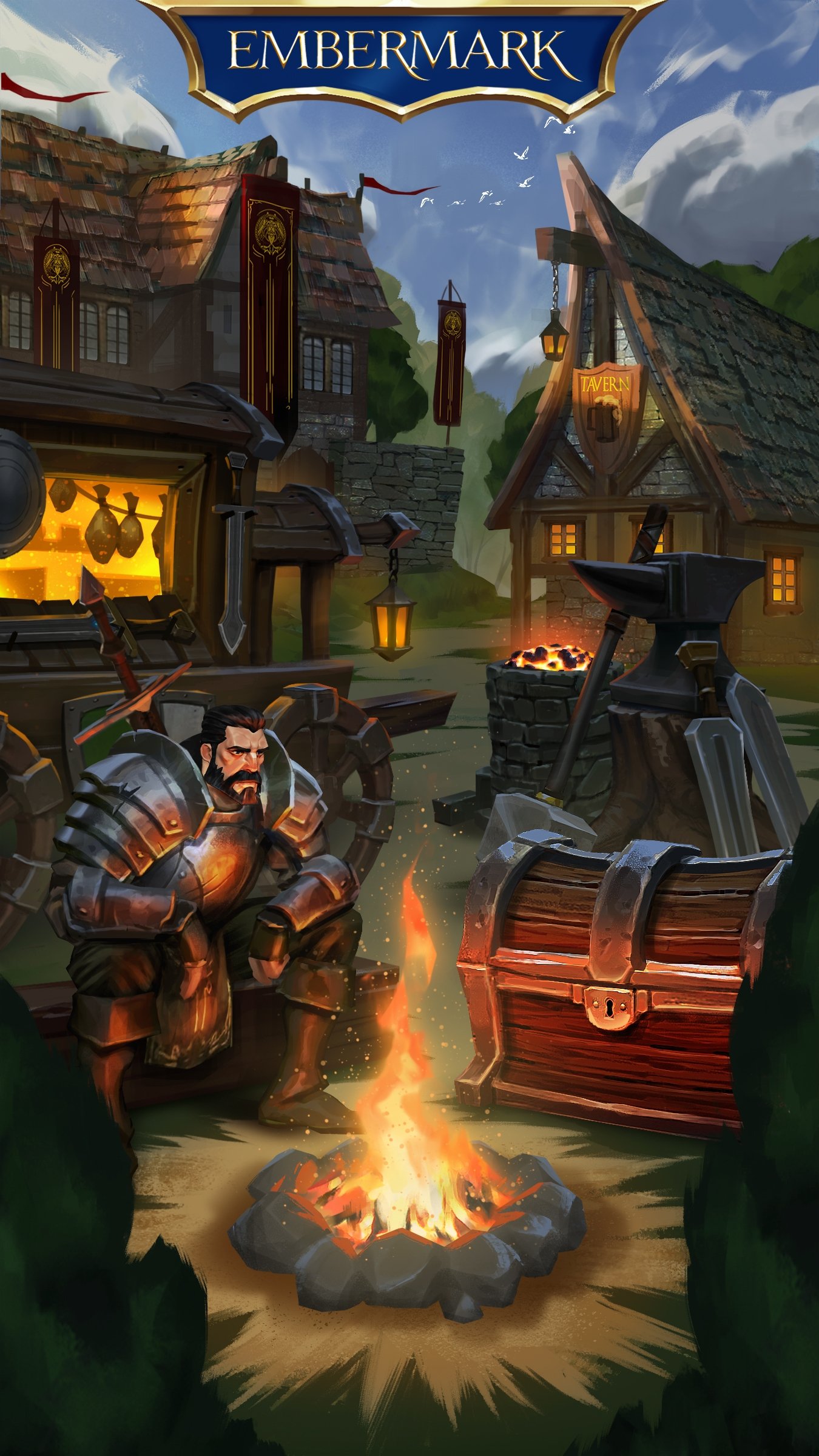 Re: How long will it take to get to max lv

actually, it's a fantastic question that @SingmeAsong and I talk about every other day. We're going to estimate before the game comes out and I'm going to go ahead and guess that one of you will beat whatever we say...